Based on a TV series, this book was put together in a BBC office, initially with a team of five, including John Berger. His pre-set text was fitted with images. Many of these were not in the original film but supplied by the contributors, including pages from the collection of the designer’s wife, Posy Simmonds.

The text, set in bold type, was intended to match the visual weight of the illustrations. In this way, images behave almost as text. This is an attempt to replicate the experience of the television viewer, who looks and listens at the same moment.

In many countries Ways of Seeing has become a standard textbook for art and design students. 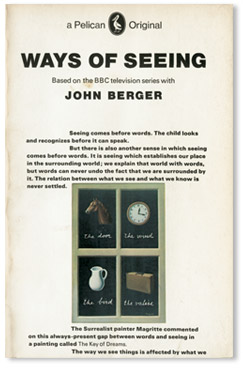 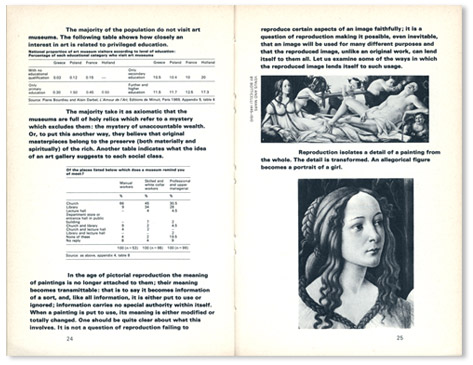 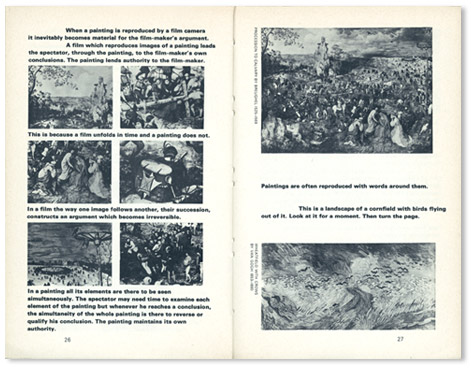