Work for the Whitechapel Art Gallery began for the Director, Mark Glazebrook. Hollis introduced the German typeface Block, roughly contemporary with the original Gallery building. Only slowly did a coherent style emerge under a later Director, Nicholas Serota.

The majority of posters were A3 and mailed with newssheets and invitation cards. The type was disposed so that as far as possible it was not interrupted by foldss, and a new part of the message appeared as the sheet was opened out. 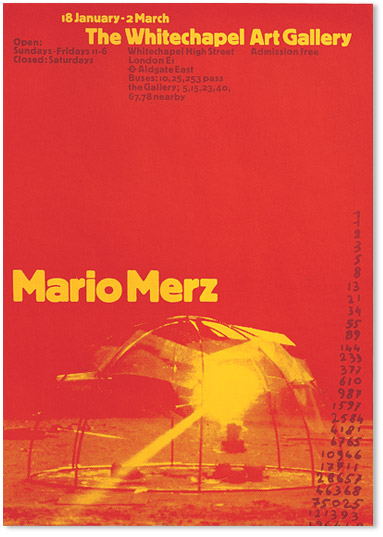 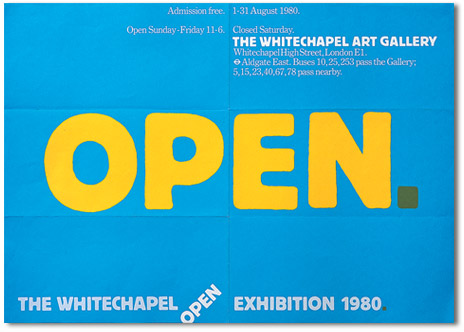 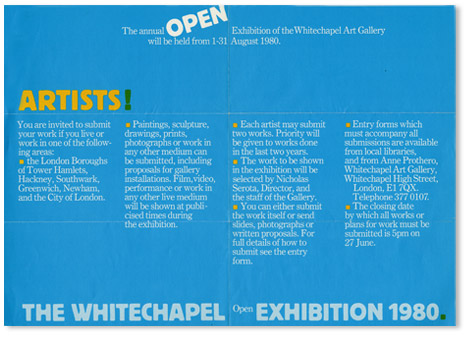 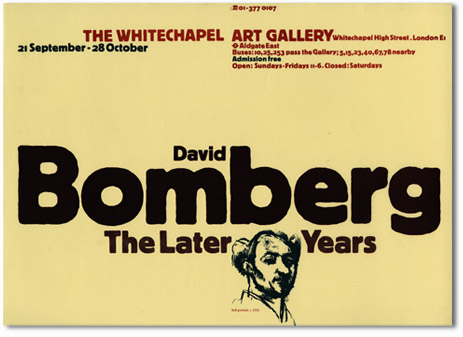 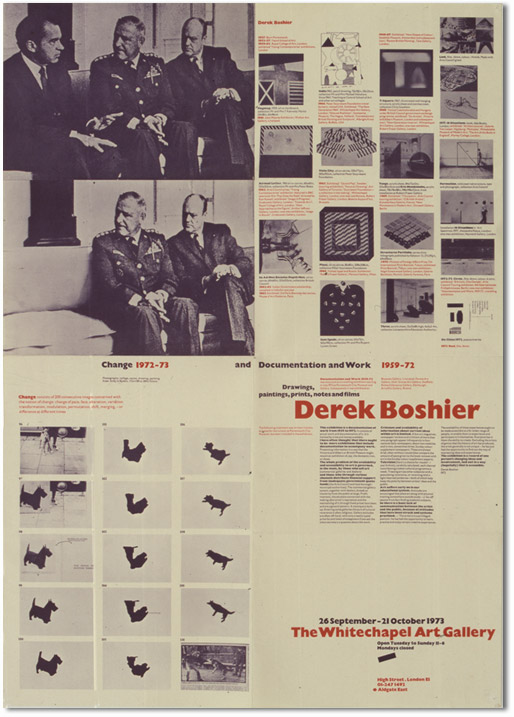