An exhibition organised by an ad hoc East London committee chaired by the Bishop of Stepney.

The hope was to raise awareness of East London’s connections with racism of the past – living in the area were survivors of Auschwitz, as well as witnesses of British fascism in the 1930s and those now subject to racist attacks – Bengali, Jewish and black residents.

The example of Auschwitz was used as a warning of the dangers of racist propaganda: “Take care not to arouse the beast in man, for it will stop at nothing.” 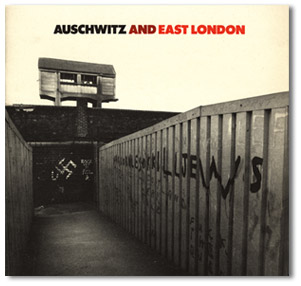